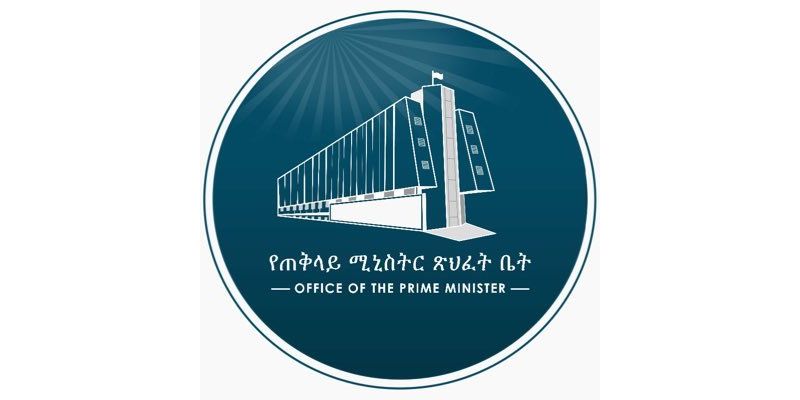 Press Briefing by H.E. Sani Redi, State Minister of Agriculture, Mr. Kinfe Hailemariam, Deputy Director General at the National Meteorology Agency, and Billene Seyoum, Press Secretary at the Prime Minister’s Office, on key highlights of the week and recent developments in agricultural intervention in Tigray ahead of the planting season

OFFICE OF THE PRIME MINISTER

Key highlights of the Prime Minister’s activities this week:

Before handing over, I would like to reiterate a few points that the global community needs to be aware of, considering continued calls for humanitarian assistance issues that have already been addressed:

Another component that I would like to highlight is the continuation of fake news, disinformation, and data distortions that are at play. Support for our people of Tigray entails accurate data-driven information and not alarmist polemics, as the Government remains front and center in the rehabilitation and rebuilding of lives and livelihoods in the Tigray region.

You can see in the images some of the fake news that is being circulated widely claiming chemical weapon attacks. We of course know that social media is rife with fake news but concerning is when individuals that are being called by international media and international organizations to give testimony are also using fake images and news for a fictitious narration. As you can see in these images the fake news being used under Tigray and the source of images used in cases unrelated to Ethiopia.

We reiterate once again that Ethiopia is dispensing on its duties to international norms and principles; is undertaking all efforts to address the humanitarian needs of Ethiopians in the Tigray region and stands firmly to collaborate and work closely, constructively with partners in a spirit of cooperation to address humanitarian needs.

UPDATE FROM THE MINISTRY OF AGRICULTURE

– Agricultural development experts have started providing farm-to-farm Extension services in 46 rural woredas. Current information indicates that 70% of the farmers have started their farming to cover long-season crops like sorghum and maize.

– In organic Fertilizer Supply: – 1.8 billion bir is allocated to purchase and transport 800,000 Quintal of Inorganic fertilizer, out of which 322,864 quintal NPS and Urea are transported from port Djibouti to Mekele Warehouse, in addition to 214,864 quintals carry over fertilizer a total of 537,728 (67%) quintal fertilizer has already made available in Central WH and 210,795 quintals transported to 27 Woreda and also 91,000 quintal fertilizer distributed to farmers.

– Agro Chemicals (Pesticide) will purchase and be distributed by using some share of the budget allocated to fertilizer, till now 70 Kg and 18 litter distributed to farmers from central WH.

– Agro Mechanization Tractor supply: Mekelle University and ATA are jointly trying to make available tractors and AGP allocated 5.9 million birr for rental tractors to plough land of farmers who have been looted of their oxen. In addition to that, the interim government has allocated 24 million birr to purchase tractors to give ploughing services through cooperatives. And also encouraging the private companies that supply rental tractors to give ploughing service.

– As the livestock resource has a great impact on the livelihood of the farmers, the government and partners have allocated birr 71.9 million for livestock restocking and birr 11,126,700 to purchased and supply 6,660.78Qt of fodder seed. Of which, 23,058 Qt is purchased and 180.5Qt is distributed.

UPDATE FROM THE NATIONAL METEOROLOGICAL AGENCY

Under normal condition Kiremt in Tigray behaves as follows:

In general, with the expectation of neutral IOD and ENSO episode events for the upcoming NH summer monsoon season, it will be positive contribution to the wet performance in the Kiremt 2021 across most of the Tigray Region. Therefore, we do not anticipate any meteorological and hydrological drought during the upcoming rainy season in Tigray Region, rather we expect a good rainy season for agricultural and pastoral activities as well as water availability.